Last Thursday, the TechForward NYC alliance hosted a panel on Decentralized Banking in Blockchain, that brought out leaders and experts in finance and blockchain. General Assembly sponsored the space for the evening, that featured invited speakers including Kate Lam of Ideanomics, Ian Harvey of MakerDAO, Peter Borovykh of BlockchainDriven and Gal Eldar of AirSwap.

Questions from the audience sparked debate on whether Ai will be the next move for decentralized exchanges and what challenges blockchain will face in the future. But the highlight discussion was if Facebook’s Libra could hold up to its claims of being the future of payment systems.

“Good in that its starting a conversation, but bad because I don’t consider it a cryptocurrency. But I think our politicians and public will start to realize that because of this negativity around Facebook as a whole in the data privacy element.” – Ian Harvey of MakerDAO

The rest of the panel also voiced concerns about Libra, but also praised the fact that it is important that more people are talking and are interested in learning and getting involved.

Instead of just having their names at the bottom of signage, the event actually highlighted each of the sponsors, which included NYC BigApps, Taxmap, Fusion, and BlockchainDriven, giving them the opportunity to let attendees know what they were about. The event opened up with a quick word from each sponsor and also allowed for time at the end to network and learn more about their contributions and connections within the blockchain space.

NYC BigApps opened the panel by discussing their plans to “increase the efficiency and transparency of the NYC government.” By hosting a series of events and workshops, NYC BigApps brings together “designers, developers, academics, entrepreneurs and individuals” to collaborate and design ways to solve problems using blockchain applications.

TaxMap plans to launch the first free “blockchain based accounting ecosystem” that companies can use to streamline accounting, payments and taxes by joining them all together. They pointed out the challenges that businesses face when dealing with payment processes and wanted to create a way to eliminate it. 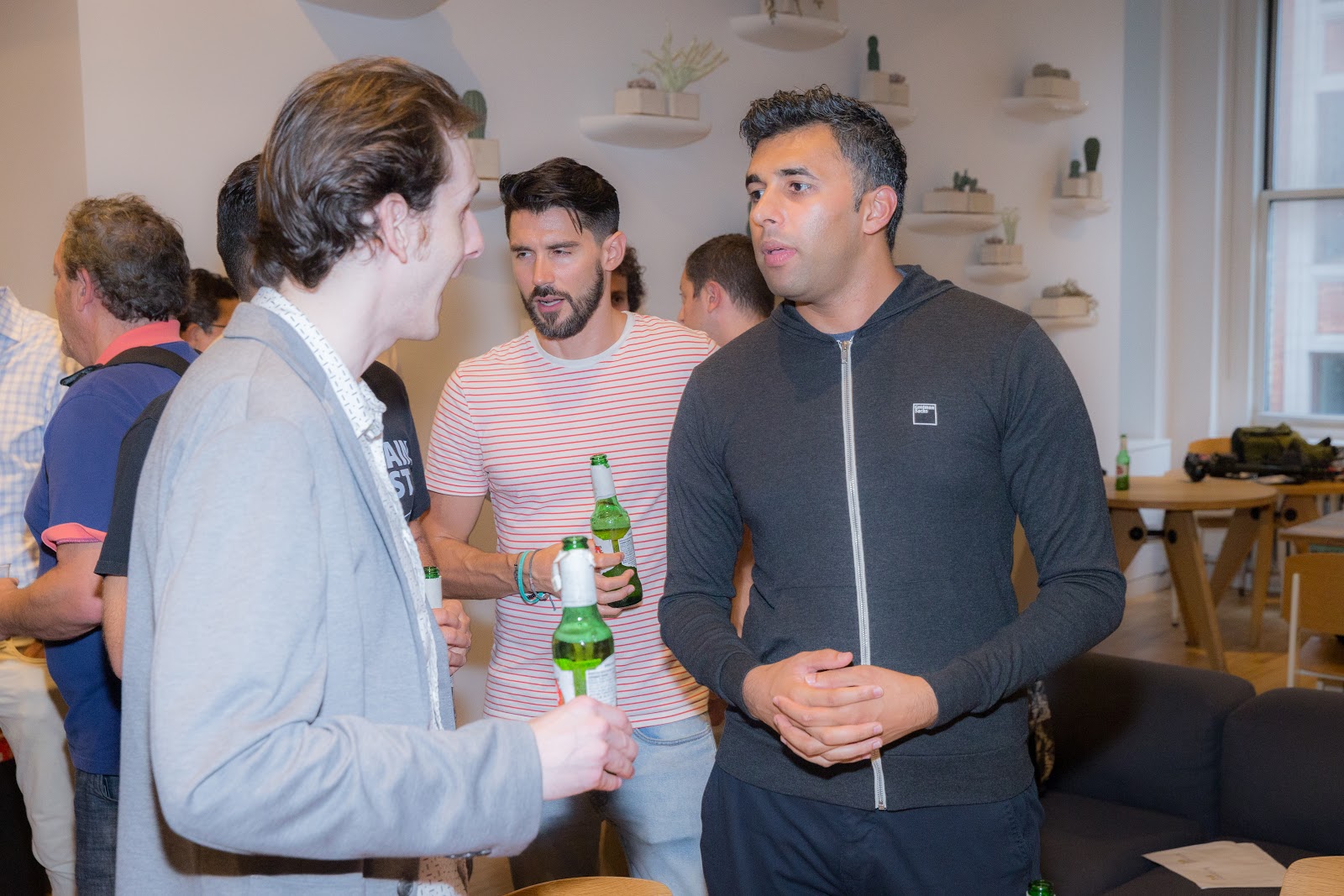 Fusion discussed their plans to build a revamped infrastructure for decentralized global finance. “Issues currently in the blockchain space [include] the inability for blockchains to interact with each other. We have developed a mechanism to enable seamless interaction between different blockchains.”

BlockchainDriven consults and develops blockchain solutions for world governments, large corporations, and innovative startups. They have applied blockchain to many different industries, and have gained a reputation as a firm where projects become reality.

At the event, attendees were treated to an evening of networking with NYC’s blockchain elite, lively conversations and debates surrounding the most high-impact topics in the worlds of DeFi, blockchain, and much more.

Ending on a positive note with time to network with speakers and sponsors, the event addressed questions about the future of decentralized exchanges while still leaving the door open to think about more ways blockchain can be used in finance.

Here are what some attendees had to say about this event:

“I come to every event that these TechForward people host. Every one of them has great speakers and they give us time to network.”

“I’m advising my company on blockchain integration in the financial sector and I got some great info to relay to my team tonight.”

“I learned a lot about what MakerDAO is up to, which was great.”

“I’ve been to events where they don’t have audience Q&A, but at these events they encourage you to ask a lot of the panelists.”

“Whenever these events roll around, I usually buy tickets for my whole team. It’s good for team bonding, networking, and also we all learn a lot.”

“… After another event with these TechForward hosts I came up with an idea for my company. I pitched it and it’s what I’m still working on!”

Young Woo is a blockchain and finance expert and writer who has a keen interest in Artificial Intelligence's future impact on every aspect of our lives.