For many entrepreneurs, dilution is a scary proposition, and it’s hard to blame them. This business that they’ve created, and poured their blood, sweat, and tears into, is being taken away from them. However, that negative view of dilution can be harmful to the entrepreneur because the scary future they are envisioning doesn’t necessarily come true after dilution.

The difference between dilution and losing majority control of the company is blurred, and one frequently effects the other when entrepreneurs are considering accepting funding.

Too often, I talk to entrepreneurs who have a great idea, fantastic business, are open to investment, but can’t pull the trigger due to their fear of dilution. The typical conversation goes something like this:

Me: So, what did you think of the offer?
CEO: We’re gonna pass.
Me: Why? They are offering a valuation of 3 times your last round only 18 months ago.
CEO: Yeah, but their offer was too dilutive.

On the one hand, the CEO is correct, but only because any issuance of additional stock is dilutive. If a company sold $1 million worth of stock at a $100 million pre-money valuation, that would be dilutive in the technical sense. Depending on the starting point, however, that might be a great deal.

The corporate concepts of “control” and “ownership” are often conflated. As a practical matter, these are distinct issues. CEOs of large public companies, for example, exercise enormous control over the companies they run, but almost none of them hold majority (or even significant) ownership stakes. Laws relating to corporate control and governance give tremendous power to a corporation’s board of directors. Corporate board composition need not – and usually does not – simply mirror stock ownership. A founder team holding less than 50% of their company’s stock may well hold a majority of the company’s board seats.

At the very least, board composition is a highly negotiated issue between management and outside investors. Finally, investors familiar with the wisdom that “you bet on the jockey, not the horse” understand that whatever the formal arrangements may be, founders should – and typically do – exert enormous influence over developing companies. More typically, investors seek to negotiate “negative” control rights that give them the ability to prevent a company from taking specified actions without their consent. Few early and growth stage investors seek to obtain operational control of a company in connection with their investment.

An example might be helpful here. Consider the following scenario:

This tells an optimistic but not unrealistic story. The above company initially raised $4 million at a $6 million pre-money valuation. It then received an additional investment of $7.2 million at just under a $30 million pre-money valuation. From the founders’ perspective, the value of their stock increased from $6 MM (60% of $10 MM) to just over $17 MM (48% of $36MM) – which is nearly a 3X increase! That should make them feel like this:

Both investment rounds were technically dilutive to the founders (although the first round far more so than the second), but the second round would not have triggered an anti-dilution adjustment for the earlier investors. A realistic board composition for this company might be 5 individuals, with 3 directors being nominated by the founders, one by the first investor group and one by the second.

Need more traffic for your site? Here’s 11 tips and tricks to see your website rocket up the rankings.

In my experience, the big hurdle lies at the 50% ownership threshold. As discussed above, holding less than a majority of your company’s stock does not mean that you cease to control your company. From a value perspective, the above example illustrates the truism that it is often better to own a smaller piece of a bigger company than a bigger piece of a smaller one. Here, the founders nearly tripled their wealth in exchange for an incremental 20% dilution. That may not always be a great deal, but it is not always a bad one either.

When thinking about dilution, please consider the following 4 items: 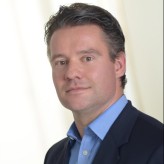 McCormick & O’Brien, LLP, Co‐Founder Charles F. McCormick has gained national and international recognition for his expertise representing members of the investor and entrepreneurial communities building great companies. Since its founding in 2004, McCormick & O’Brien, LLP has been a key partner to some of the leading investors and entrepreneurs in the media, technology, life sciences, internet and mobile industries. Charles has played in important role in the recent ascendancy of the NYC area as a premiere venue for capital formation and entrepreneurship, and he has helped numerous international emerging companies enter the U.S. market and establish themselves in the U.S. Charles is the publisher of the Founder Accord, which is a basic deal sheet among founders that sets a new entrepreneurial industry standard for protecting founders while they develop their ideas and grow their businesses. He is also the author of: “What SAFEs Might Actually Tell Us About the Angel Financing Market” and “The Princess Di Problem of Convertible Note Financings.”